How To Pick a Creative Brand Name

There are more than 3000000 registered companies globally, with so many brands, ranging from huge brands like Coca-Cola to small brands like J dot outlets. It’s becoming harder to stand out. So how can you create a unique brand name that helps you stand out in the competitive market? Nowadays, there are so many businesses that it can be hard to find a good business name. There are over 627000 businesses open each year, according to the Small Business Administration. That is more than 627000 names to choose from. Well, if you’re worried, don’t worry.

What Makes A Good Brand Name

Let’s start with what makes a good brand name. In a study done by the University of Alberta in 2010, customers respond very well to repeatedly structured brand names such as Coca-Cola and Kit Kat. The wordy, repetitive names affect customers’ branding elevations, reactions to selling, and product varieties.

A name of a brand can be based on anything. It may be a suggested name, or it may be an abstract name or several things. That produces a positive tone, feeling, and affiliation to the brand. There are many ways by which a brand can withstand the market. However, the foremost important question that you need to ask is, especially when creating a brand, does it resonate with your audience? 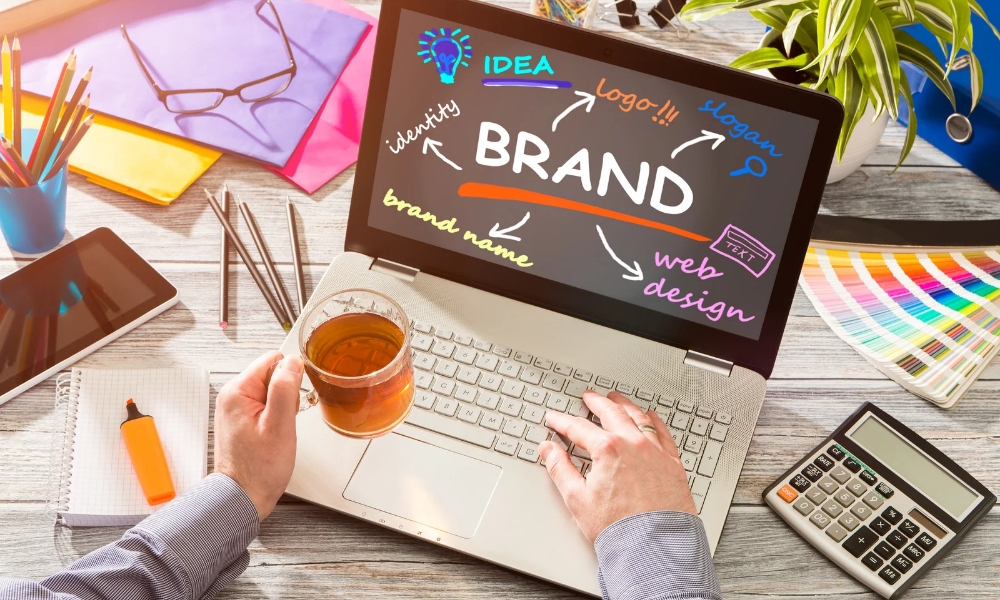 You can do this by solving their needs, wants, and desires according to supply and demand. If you do not know the target audience, all steps will fail. So it would help if you put your audience in the center of everything.

2. Type Of Name To Select

The second thing is to select what style of name you want. Some might argue success by using their name as their brand name. Mostly these are the athletes and artists with a huge fan following. An example of this is the CR7 brand. He’s using his last name.

The third one is acronyms. These are shortened versions of descriptive names. Kentucky Fried Chicken labeled itself as KFC because, according to them, the name fried chicken sounded unhealthy and its name. Did you know Geico is not named Geico for government employee insurance companies? Later on, they changed the name to Geico and put the Gecko as part of it.

The fourth one is descriptive. The company’s name describes what your business is into, such as American Airlines and Home Depot. These names tell people exactly what the company does. It avoids any confusion.

The fifth one is suggested names, and there are three types of them.The first one is the terms that are taken from the dictionary. Such as, EX Uber means outstanding. This represents a company with big goals.

READ ALSO:   5 Tips For Brands When Picking Influencers To Work With

By mixing dictionary words into one. Facebook is the best example of this.

The third one is the invented one. Sometimes, there are not just enough words in a dictionary to come up with your brand, so you have to invent one. Pinterest is an excellent example in this regard. It’s a combination of two words; pin and interest.

The sixth one is associative. The brand name has an alluring meaning, such as Sirius XM. The satellite company radio station is named after Sirius, the brightest star. It’s a station where you can come and listen to the biggest and brightest stars. Also, some names are derived from another language. Sometimes, a word la–, name won’t make sense in your language, but it will make sense in others. An excellent example of this is Hulu. It’s derived from a Chinese term that represents a bowl for storing precious items.

The seventh one is the abstract name—this is the power of phonetics.

A prime example of this is Rolex. It is not only right off the tongue and also represents a luxurious overtone.

Make sure it’s a name that can be trademarked or copyrighted. For example, Sci-Fi’s Universal entertainment company changed its name to S-Y-F-Y. Not only did it visually look more alluring, but they can copyright it now.

You want to decide what your name should say.

The best brand names don’t describe; they translate into emotional interest. You want your brand to be coherent. Such as Nike’s emotional allure is all about winning. When you hear about Nike, you think of professional athletes and Olympians. Just do it is all about champions. Coca-Cola gives you this sense of happiness, well-being, and spending time with family and friends. Figure out your big idea and work on how you can transform that into your brand name. Start by testing with different brand names. Try running ads campaigns, and conduct surveys with friends and other focus groups.

The fourth thing is to trim down the complexity. The biggest brand names out there are simple. If you have a brand name that’s hard to pronounce are, too long, or it’s not easy to memorize, well, it will have a negative impact. When Jeff Bezos worked on Amazon, he wanted his business to be Cadabra. Bezos knew that this brand name would not stand out, so he named it Amazon. Luckily, We’re not going into sticky names such as Cadaver or Cadabra. Amazon is much an easier-to-understand name.

Last but not least, ensure your name isn’t already taken. There are a ton of ways you can do this. Make sure you do trademark searches. Each country has its trademark engines, does searches, and makes sure there’s nothing that pops up to take that name.

Ensure that your brand name doesn’t mean anything negative in other languages.